The Case Against 50/50 Fairness In Modern Marriage 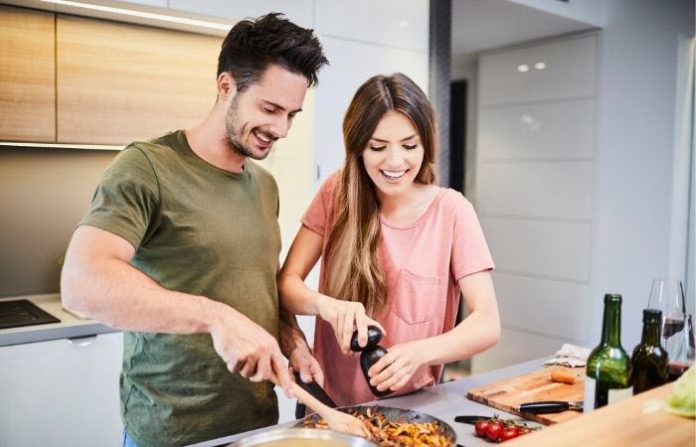 This has certainly been our experience. Like most working couples, getting married left us asking an impossible question: how do we balance our individual career ambitions and achieve equality in marriage, all while staying connected and in love?

For a decade or so, we couldn’t seem to muster up a good answer. So, like many couples, we fell into the trap of 50/50 fairness. When confronted with tough marital questions like, “Who does the dishes?“ “Who plans our vacations?“ or “Who picks up our kid from daycare?”, we did our best to ensure that everything was perfectly, 50/50, fair.

Striving for fairness makes sense. It’s the obvious response to centuries of gender inequality. Fairness, after all, is the bedrock principle of social justice movements and democracy. So why shouldn’t it also reign supreme in marriage?

There was just one problem. Fairness never seemed to deliver on its promise. For one thing, it didn’t solve the equality problem. Kaley still did more. Nate still did less. For another, it seemed designed to destroy our experience of love, kindness, and connection with each other at every turn. Instead, fairness created a very different kind of atmosphere in marriage, a culture of constant tension, conflict, and resentment.

At first, we thought this was some strange quirk of our relationship. So we set out to interview over one hundred people from all walks of life about their marriages. What we found is that it didn’t matter what these people did, how much money they had, or who they voted for, everyone expressed some version of this constant battle over fairness.

The specific content varied but the result – this lingering sense of resentment – was always the same. Some couples waged this battle for fairness over who did more and who did less around the house. Other couples fought about money, who spends more and who’s diligently saving. Others fought about fairness in the bedroom, who controls when, why, and how often we get it on. 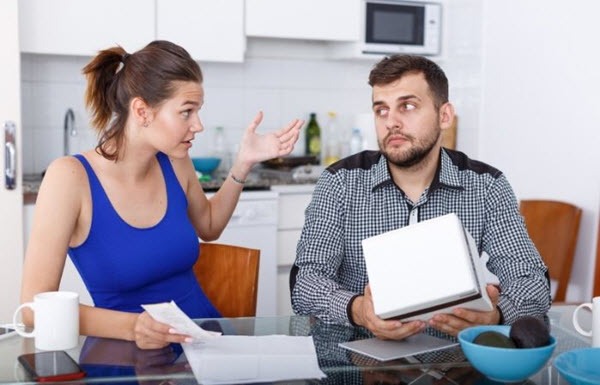 Eventually, we began to realize that fairness isn’t real. It’s like a mirage in the desert. We think it’s there. We think that if we could just find it, we would finally experience a state of marital bliss. But, just like the mirage, fairness is an illusion and, the more we chase after it, the more miserable we become.

Recent research in psychology helps illuminate the problem. Our assessments of fairness, it turns out, are based on a somewhat delusional understanding of our partner’s contributions. It’s a phenomenon cognitive psychologists call “availability bias.”

When it comes to our own contributions, we have perfect insight. We have a complete data set of all those trips to the store, the hours spent helping the kids with their homework, and the meals we cooked. But when it comes to our partner’s contributions, things start to get fuzzy. Much of this information simply isn’t available to us. We often don’t even see their trips to the store and other random acts of service. As a result, our calculations of what is or isn’t fair often become infected with this bias of availability. We end up focusing more on our contributions and discounting those of our partner.

But suppose we could somehow overcome the problem of “availability bias”, there’s still a major problem that distorts our ability to judge what is or isn’t fair. It’s the problem of overestimation. The longitudinal time diary research of Jill Yavorsky at the University of North Carolina Charlotte suggests that, when it comes to domestic labor, we’re really bad at estimating our actual contributions.

We may say that we spent two hours preparing dinner or three hours watching the kids, but the data shows that we’re prone to systematically exaggerate these numbers. We asked Yavorsky why we so often overestimate. She told us, “Our work around the house isn’t continuous. We’re actually better estimators of the time we spend working in the office because it’s more continuous. Childcare, on the other hand, is often off and on and involves so many moving parts that it’s difficult to pinpoint the actual time spend on household work.”

The upshot of all of this is that we seem to be wired to underestimate the contributions of our partner and exaggerate our own, an outcome that makes fairness impossible to achieve. When it comes to this conversation over who does more, who cares more, or who’s trying harder, the conversation over fairness itself seems to be the problem.

And that means that the path to balancing equality and love, personal ambition and shared success in modern marriage must take us beyond fairness.

We think there’s a radical solution to finding this balance and changing the game of modern marriage. It’s a mindset we call “radical generosity.” It’s the idea of contributing far more than your fair share, of striving for something more like 80 percent.

From the common-sense view of modern marriage, this may sound like an insane strategy. It might leave you with thoughts like, “Why should I do more than my fair share? Wouldn’t that just lead us back to the 1950s, to a model of marriage where one person, most often the woman, does it all?”

In our experience and the experience of many of those we interviewed, radical generosity has the opposite effect. When you move beyond the familiar guardrails of 50/50 fairness, you begin to upend the sources of tension and resentment. You cook dinner not because it’s your turn but because it’s your gift.

This shift then becomes contagious. Your kind act inspires your partner to act in more radically generous ways. It creates an upward spiral of generosity that gives us more of what we really want: love, connection, and deeper intimacy. 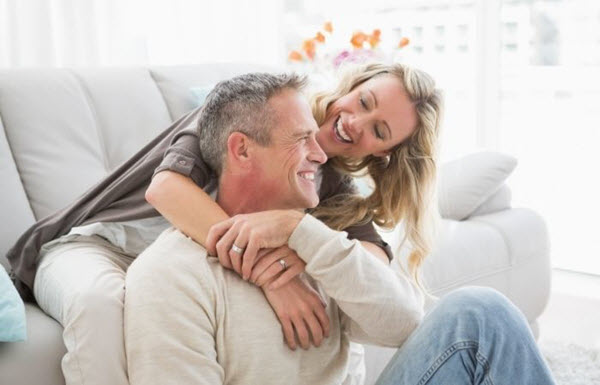 You might still worry, however, that radical generosity won’t work. You might be concerned that it will reinforce the all-to-familiar dynamic of over- and under-contribution, where one partner does almost everything and the other almost nothing. But, paradoxically, radical generosity is often the best way to dissolve this dynamic.

It turns out, after all, that berating your partner with fairness-based criticisms about how they never do enough often creates the opposite of what it is intended to do. It leads the under-contributor, to check out, withdraw, and do less instead of more.

Radical generosity, by contrast, upends this dynamic. It opens the space for the under-contributing partner to act from a positive motivation (kindness and the desire to reciprocate) rather than the negative motivation of criticism and resentment.

It’s radical. It’s extreme. It may even cause you to feel uncomfortable and uneasy at times. But this mindset of radical generosity has transformed our life together as a working couple with a young child. We think it can do the same for you.

Nate Klemp is a writer, philosopher, and entrepreneur. Along with his wife Kaley, he is the author of the newly released The 80/80 Marriage: A New Model for a Happier, Stronger Marriage. He’s also the coauthor, with Eric Langshur, of Start Here: Master the Lifelong Habit of Wellbeing and is a regular contributor for Inc. Magazine and Fast Company. He is also a founding partner at Mindful, one of the world’s largest mindfulness media and training companies.

How to Deal With Passive-Aggressive Behavior in Your Relationship

How Your Childhood Can Affect Your Marriage

Brené Brown’s Atlas of the Heart: Defensiveness and Flooding

The Mutual Benefits of Accepting Influence in Relationships